Uptime Institute announced the findings of its eighth annual Data Center Survey revealing how operators are grappling with new challenges, including the business case and cost of hybrid IT approaches,and provides an overview of the major trends shaping IT infrastructure delivery and strategy globally, ranging from climate-change preparedness and edge computing approaches to outages, energy efficiency, rack density, and staffing trends.

Annually, Uptime Institute conducts the most comprehensive global survey about the Data Center industry. This year the survey was conducted between February and May, 2018, and includes responses from nearly 900 data center operators and IT practitioners affiliated with enterprise and service provider facilities in more than 50 countries worldwide. 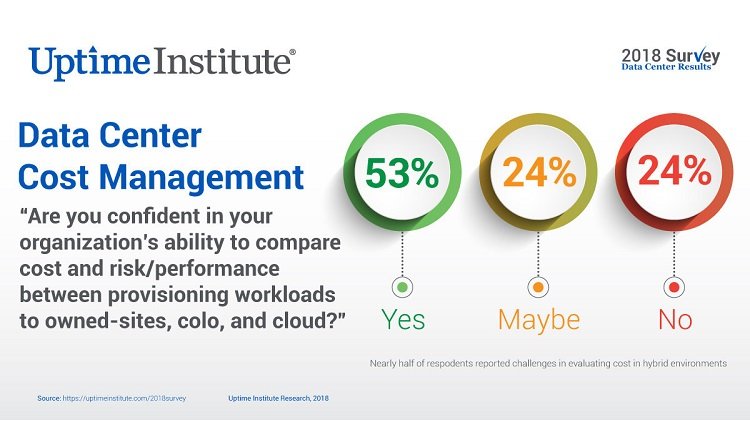 “The rapid growth in the implementation of cloud and hybrid IT approaches has ushered in a period of great change creating technology, organizational and management complexity,” said Andy Lawrence, Executive Director of Research at Uptime Institute. “And these new challenges are many times unlike anything previously seen in the industry at this magnitude. It’s a perfect storm.”

As the results revealed, data center operators have, by and large, succeeded in lowering energy waste–the average PUE, the industry’s most common infrastructure efficiency metric, was reported at a record average of approximately 1.58 (although year/year improvements are decreasing). In alarming contrast, the survey results also revealed that both the rate of outage occurrences and the severity of each outage has increased from those reported just a year ago.

“Today, operators are grappling with new challenges, including increased complexity and high interdependency of systems and data centers,” continued Lawrence. “Looking ahead, many are expecting to deploy significant new hybrid and edge computing capacity, which will support new services, but will add an additional layer of complexity in doing so.”

The survey data also showed that crucial to the growth of the distributed digital infrastructure is the implementation of highly distributed and/or edge computing, enabling more efficient operations through automation, real time data analysis and artificial intelligence (and machine-learning) control associated with remotely-managed facilities. More than 40% of respondents stated they expect their organization will require edge computing capabilities, which was defined as “requirements that will necessitate processing data closer to the source of its generation/use.”

“Edge computing is exciting because of the improved performance and scale it can offer to next generation technologies like artificial intelligence, the internet of things and even autonomous driving applications. We expect to see substantial growth in the edge over the next few years,” added Lawrence, “Edge has the ability to keep building upon each set of application improvements and the advances of previous versions, which will cause rapid improvement in capability development and implementation.” 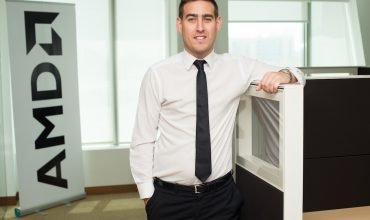 Equinix to set up its IBX data center in Perth 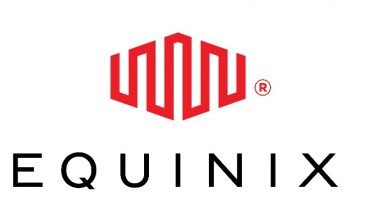